Boom or Bust: Effective CIOs Prove Themselves during the Good Times

Boom or Bust: Effective CIOs Prove Themselves during the Good Times 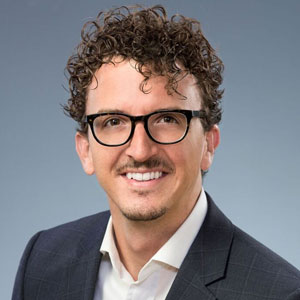 Global economic activity over the past two years has sent shockwaves through industries and geographies. Cities, states and even countries  found their balance sheets becoming drastically weaker. A war over market share in the Oil and Gas sector led to Brent Crude oil prices that peaked at over $110 a barrel in the first quarter of 2014  collapse to under $28 a barrel in early 2016. China’s slowing economy has dragged down resource based businesses and economies across the world. And companies in these affected industries are rationalizing capital spending and operating costs at a break neck pace to adjust to their new realities.

It was an easiertime to be a CIO in many respects.

Almost every economy and industry goes through its own growth and contraction cycle. During the good times, easier money for shared service departments results in fewerrigors on spends. Due diligence on spend justification for IT projects lessens. The traditional requirements for well thought out business casesare no longer referenced with such vigor. It is harder for a CIO to argue why the business should leverage an existing application with substantial functionality overlap, versus just purchasing a new one that may be a bit fancier, while providing nominal incremental value. Service tickets and enhancement requests aren’t relentlessly scrutinized, but instead, feed an insatiable appetite for new head-count. All too often, the good economic times get away from CIOs and result in terribly wasteful spending.

Even for the CIO’s who are seeingwhat is happening it is an understandably hard force to stop. There are significantly reduced levers to pull for running a tight ship as a CIO. It is an uphill climb to be disciplined when the business itself offers (or threatens) to cough up its own budget dollars to fund the IT initiative, or worse, to just “do it ourselves”.

But when the times are tough, these conversations do become much easier. It is easier to be inward facing, and see opportunity to push through streamlining initiatives where IT departments never could before. CIO’s have looked at their application portfolios alone to find that, with literally thousands of discreet applications in their environment, they are maintaining a portfolio with over 30 percent functionality redundancy. They have finally taken a closer look at vendor maintenance fees, and seen rampart overcharges and inefficiencies to be reduced.

The bust cycle has thus provided opportunity. During these economic downturns, CIOs have presented themselves as truly transformative by taking bold moves to address their companies’ new economic needs. CIOs could get low value projects cancelled, push stakeholders to existing applications, rationalize vendor costs, and stand down low value pet project services with near impunity. Initiatives like application rationalization, which most CIO’s would never dream of attempting in the good times due to the uproar it would normally cause, finally became palatable and even desired. Annual capital planning conversations about trade-offs became easier, as it wasn’t “IT doing it to me” anymore, rather, CIO’s could hide behind the banner of a weakening economy and slashed budgets. Many CIOs could then self-promote all of the transformative things they were doing to address their companies’ needs.

However, doesn’t that beg the question: Why didn’t CIOs manage effective IT businesses within their department sooner? Aren’t the truly effective CIO’s able to navigate organizational dynamics of IT service demands, with a well rationalized spending approach?

There are many likely dynamics afoot. Survivor CIOs are less interested in rocking the boat by questioning spends and services that the business is asking for. Instead, they prefer to please their clients, and turn a blind eye to the millions in unthoughtful or low value spends. In other instances, some senior business executives do not enable a CIO to maintain a well rationalized spend profile, as they do not implement the culture and controls necessary to limit rogue IT spend within the company. Some CIO’s are unable to position IT as more than an order taker that has no voice in IT efficiencies and leveraging existing platforms. Frankly however, it appears some CIOs simply aren’t up for the challenge. Bold moves to position their company’s balance sheet properly are dropped in favor of an inability to tell the real and hard stories of what happens with runaway IT spending in organizations.

Any CIO should strongly prefer a resource constrained culture and environment. It is easier to run an effective business when spend limits are in place. However despite any economic climate, good CIOs prove themselves as being suited to manage service demand with efficient operations. However, for the best CIO’s, leading an IT department through higher spending cycles presents the real challenge and proves of worth. An effective CIO can provide transformative services and a relentlessly efficient portfolio of vendors, technologies, services and head-count during boom and bust.

Advancing Customer Experience in an Ever- Evolving Hospitality Sector

Laying the Foundation of a Satisfying Commuter Experience