Oil and Gas Industry to benefit from Cloud

Oil and Gas Industry to benefit from Cloud 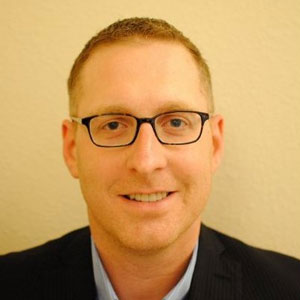 Fielding Systems made a decision to adopt the Microsoft  Azure cloud platform early on in its lifecycle because we saw  greater value compared to other cloud services in building on top of what was a true PaaS (Platform as a Service) and because most of our offering was already built  upon the Microsoft development stack. The goal of Fielding Systems was to be the  first true cloud SaaS offering to the oil and gas industry and to focus on building and developing great applications as  opposed to spending time and resources on managing hardware and servers.
"Maximize the benefits of the Azure platform by utilizing various services such as table & blob storage, queues, service bus and distributed caching"
To take full advantage of Microsoft Azure companies must truly develop to the platform. We were not just looking for  somewhere that we would drop our applications on a virtual machine. Fielding System’s offerings were refactored to maximize  the benefits of the Azure platform by utilizing various services such as table & blob storage, queues, service bus,  distributed caching and also for specific purposes utilizing virtual machines.
Early on in the Microsoft Azure adoption process we were fortunate enough to be put into contact with resources at Microsoft  with the Azure service. These contacts led to several lengthy TAP (Technology Adoption Program) engagements for various  current and future Azure services. Getting into those programs provided Fielding Systems with guidance necessary to maximize  the benefits of using the Azure platform includingn occasions direct access to key personnel on various Azure
product teams. The resources were invaluable to the growth of Fielding Systems as a cloud service provider and allowed us to  have some input or influence on the future development of Azure services.
In addition to the TAP engagements Microsoft offers several other programs that young business would be wise to look into.  Through involvement with programs such as the BizSpark Fielding Systems was able to access extra resources that we could  apply to our business. This program offered us free software licenses, additional support, additional contacts with Microsoft and exposure to Microsoft contacts with the oil and gas vertical. We were also able to utilize other Microsoft resources,  monetary or in development time, to help grow and expand our products and services.

Transformation to Fit an Agile Future

Challenges Over The Past 18 Months

Security Architecture In Theory And In Practice: Why Security Should...