Variablizing the Cost of Technology

Variablizing the Cost of Technology 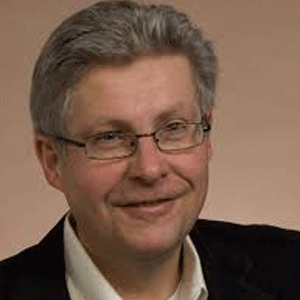 As I suppose with most conquests, it began unexpectedly in the early 1980’s when we purchased our first personal computers  and with them came Microsoft DOS. Before long there was Windows, Excel, Word, Access and PowerPoint everywhere followed by,  NT, SQL server. We had reached the point of  no return and become a “Microsoft Shop”.In 2006 there was a great battle for  control of our back office (ERP) but with the alluring promise of seamless integration, Microsoft Dynamics easily won. The transformation of our data center was almost complete yet, there was still one major holdout, E-Mail.

"We were apprehensive about Microsoft’s pricing model. But we were pleasantly surprised by the simplicity and flexibility, as  small and variable costs were  exactly what we werelooking for"

E-mail is the most personal of all  business applications. We use it everyday (and night and weekends) on almost every device. Familiarity becomes more important than functionality. But, eventually a migration from GroupWise to Microsoft Exchange was inevitable. We had looked at other providers, but the  prevalence and integration opportunities with the rest of our environment were just too compelling. E-mail would become the last piece of our Microsoft “Eco-system” puzzle.

One of our key strategies is to  ‘variablize’ the cost of technology. Aswith most companies we made regular, large capital investments to upgrade our technology and provide sufficient capacity for peak demand periods. With every piece of equipment  in our datacenter we also invested significant amount of staff time  for routine monitoring, maintenance and troubleshooting. This never seemed the best use of talented internal resources. The focus should be on the things that require unique  knowledge of the company and its business environment, things that truly differentiate things that matter.

We lacked economy of scale and so, rather than investing in a new E-mail infrastructure and developing internal expertise to  support our worldwide users, we decided to implement Microsoft’s Office 365. Although we had significant experience with  Microsoft, it had always been in the comfort of our own datacenter,  back-ups, administration, and our security blanket.  Today we were moving into the “Cloud”.

We were apprehensive at first as we know that Microsoft’s pricing models are difficult. But we were pleasantly surprised by  the simplicity and flexibility as, small upfront and variable costs were exactly what we were looking for.

The transition was not totally seamless and although we worked with a great VAR, we still struggled with the initial setup and administration of the users. Giving up control was hard for the team as upgrades would now be done by Microsoft, which  was forced upon us. In retrospect the  migration experience caused the team to become more disciplined in their approach.

The experiences gained through migration to Office 365 would serve them well in our subsequent migrations to the “Cloud”.

After more than a decade with our old E-mail system we were also  concerned with how well the new service would be accepted.  The acceptance was instantaneous; complaints almost nonexistent. The instant messaging and desktop communication functions of Microsoft Lync were soon embraced.  Outlook was intuitive and the integration with the Office tools and the rest of our  Microsoft “Eco-system” quickly made it indispensable. And when Microsoft announced the availability of Office 365 on the iPad our migration decision was affirmed.

Overall we have been delighted with Office 365. It was one of the easiest transitions I have experienced. The service has been reliable and for the most part, problem free. The user experience,  the accessibility, the variable cost model, the seamless integration and automatic updates all have made this a big win for the business and technology teams.

Put Your Frontline Teams In the Driving Seat Through A Personalized,...

The Future of Chatbots

Are you using time differently?