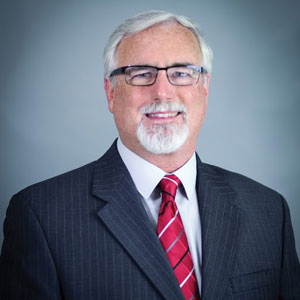 Steve Cooper, President & CEO
To Steve Cooper, president and CEO of One Stop Systems (OSS), the phrase ‘Quick and Precise’ is a philosophy—a credo that came from his ardor in catamaran racing and his roots at Intel, spearheading technology evolution. Cooper has injected that philosophy into OSS as a means of streamlining the company and to drive better results. Using high-performance graphical processors and flash storage, OSS analyzes geology and seismic patterns at oil and gas rigs to process incredibly detailed data, visualize it, and enable imaging systems to better map geology. “OSS thrives on delivering customized solutions quickly and precisely so customers get exactly what they want, as opposed to a standard product,” states Cooper.

OSS is a company that provides high-speed compute and storage innovations, enabling breakthroughs in oil and gas exploration while pursuing reservoir optimization in existing and older fields. By annulling the process of drilling test wells, OSS helps clients save tremendous amounts of money, time, and effort. OSS’ data storage canisters provide a mobile, modular, and rugged medium to convey the data collected from on-site rigs to data centers. These canisters can store up to 50 terabytes (TB) of rig data on an all-flash storage medium, bearing a reduced form-factor and weighing in at less than 6.5 lbs. The 4U chassis on a server rack can hold up to four canisters that effectively enable 200 TB of total storage per chassis with the flexibility of expansion via 50 TB modules. “They are like USB sticks on steroids,” states Cooper. Developing raw data from storage tends to take nearly two weeks even for some of the fastest computers in the world. However, GPUs effectively cut that time down to days. OSS’ expertise in High Performance Computing (HPC) leveraging GPUs for geological image processing empowers on-site teams to produce high-resolution geo-images using tools that demand radically less space, power consumption, turnaround time, and expense.

In illustration of that, consider a case in Houston, TX, wherein OSS delivered its solutions to an oil and gas company. They were pressed for time, owing to using a setup that utilized only compute processors. OSS then implemented a new system— standard Dell-based servers combined with their proprietary GPU-powered compute accelerators. Subsequently, the client’s data centers were ported to run Nvidia GPUs and upon validation, the servers and GPUs were found to work great together and the company was able to bring the processing time down to days, from several weeks.

Ever perseverant, OSS is looking ahead and has launched Skyscale, a cloud computing venture that plugs OSS hardware into data centers, allowing clients to lease time on the GPU resource. OSS offers companies the flexibility of availing HPC as a Service and in the near future seeks to integrate Nvidia Volta series GPUs, PCI Express Gen 4.0, and 3D flash chips into OSS’ hardware solutions portfolio. “Perpetually on the rise, OSS is emerging at a 58 percent growth margin annually and is in the early stages of planning for an IPO,” adds Cooper. Sailing from rigs to shore to process data, only to find out they were off “by a little to the left,” is now an obsolete notion—this is OSS’ utility to the oil and gas sector. With strong design wins powering them, OSS sees smooth sailing ahead with the prospect of expanding frontiers. 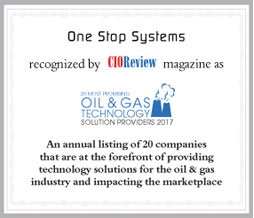 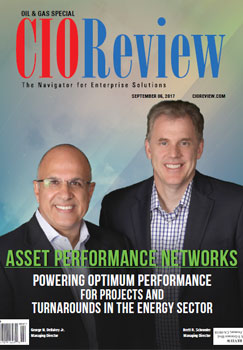