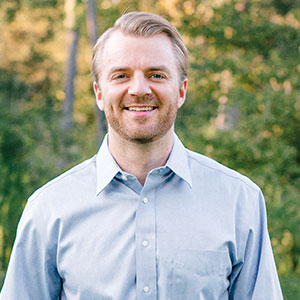 Kemp Gregory, Co-founder and CEO
Renewable energy continues to become more affordable and play a much larger role in the global energy mix. With the steady growth in demand for green power, there is also a rising need for large-scale energy storage, which would allow intermittent renewable energy to compete with traditional power resources.

What if the solution lies in one of oil and gas’s biggest liabilities––idle wells?

Renewell Energy is turning this idea into reality by repurposing idle oil and gas wells into clean energy storage spaces. The innovation holds the potential to revolutionize the plug and abandonment process and provide the much-needed infrastructure for renewable energy generation.

Renewell Energy is leading the charge in creating the nation’s lowest cost, highest GHG-abating, and most flexible energy storage network. With its mechatronic energy conversion system, consisting of a motor generator, gearbox, and drum, the company has developed a low-risk and zero-self-discharge energy storage technology that can operate in short- and long-term scenarios.

To deliver the solution, Renewell Energy partners with oil and gas companies to seal the well above the shallowest perforations and then rent the well from them to be used as energy storage. So these wells are disconnected from the reservoir and incapable of producing oil or gas. At this point, a long, skinny, cylindrical weight is suspended into the wellbore, controlled by a wire rope connected to a regenerative winch on the surface.

Once the suspended weight is at the top of the well, it holds the maximum potential energy. When it descends, the weight pulls the wire rope into the well, off the drum, spinning the winch in reverse.
This results in power generation by converting the potential energy to kinetic energy, which is then pushed to the grid. The up and down movement of the weight releases stored clean energy in a similar manner as pumped hydroelectric installations.

Our trash-to-treasure solution allows energy companies to reduce liabilities, improve their ESG score, and generate a revenue stream from the energy storage services

Renewell Energy piloted its prototype for a Texas-based oil and gas company to demonstrate the usability of this solution. The Renewell Energy team motivated the client to seal the well sooner than they had planned by explaining the benefits of its solution. They installed the prototype, and during its two-month operational period, Renewell Energy was able to convert an idle well into a clean energy storage device and demonstrate the effectiveness of the solution. The team is currently working on another pilot program in California for a larger oil and gas company, which will span over three months.

Within two years of its inception, Renewell Energy has grabbed the attention of some of the biggest players in the oil and gas industry. The company was awarded a $2.7 million grant by the U.S. Department of Energy, in collaboration with the National Renewable Energy Laboratory, to build its first two commercial products.

At the heart of Renewell Energy’s success is the passion that drives Gregory and his co-founder, Stefan Streckfus. Having worked as a completion engineer for Shell for five years, Gregory decided to use his skills to contribute to a cleaner and greener future.

Moving forward, Renewell Energy aims to raise another $3.3 million to build five more systems for remote and collective control of a cluster of wells. The ultimate mission of Renewell Energy is to be able to control thousands of wells at a time, dropping weights simultaneously or sequentially, to create a robust, flexible energy storage system. 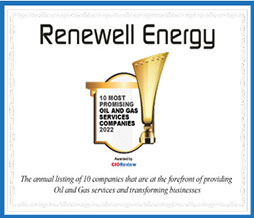