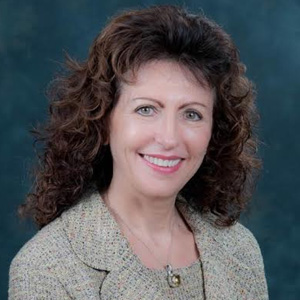 The global oil and gas industry continues to face a lower-for-longer oil price environment that has challenged energy companies and their supporting businesses.

“Some in the industry, including Hess, have discovered through technology an opportunity for positive transformation,” says Zhanna Golodryga, Senior Vice President, Services and Chief Information Officer at Hess Corporation.

By adhering to that disciplined approach, she says Hess has been able to use the slower pace in production and exploration as an opportunity to focus on process and efficiency improvements. “Technology has been an enabler in improving operations performance and reducing cycle time.”

Golodryga admits that her industry fell behind in applying the advantages of cloud and other technological innovations. “We had not taken enough advantage of big data, for example,” she says, “but now is the time to become leaders in some parts of the space, not to just look at technology as a path forward.”

We are making data-driven decisions, a leap forward from making decisions based on perceptions, exceptions or personal points of view

Golodryga, who joined Hess in 2012 after more than a decade at BHP Billiton Petroleum, says Hess began leveraging the power of big data two years ago at its North Dakota Bakken operations and is now applying it in the company’s drilling operations and offshore business. “We are making data-driven decisions, a leap forward from making decisions based on perceptions, exceptions or personal points of view.”

She says the company has been actively migrating to the cloud, beginning two years ago when Hess divested its downstream business and has continued moving volumes of applications and data to cloud services — a decision that has added agility, efficiency and cost savings.

In the area of productivity, Golodryga says Hess is keen to make further use of radio-frequency identification (RFID) and the embedded electronics, software, sensors and network connectivity known as the Internet of Things.

“When you have sensors in place and you are able to collect massive amounts of data, you then have the opportunity to use the data to improve up-time and reduce non-productive and cycle time.

“This is the future,” she says. “We’re working very closely with some of our suppliers to ensure they are getting the right data so they can properly support our projects and drilling and completions activities. We have identified key data types and are focusing on them to improve our productivity. Our efforts are paying off.”

Hess has adopted exception-based-surveillance at its well sites in North Dakota to support human supervision. Using improved field communications, data acquisition and standard work practices, the company is able to identify in real time exceptions to previously defined operations patterns and respond to them immediately.

“We are changing the way people work, and technology is the key to that change,” she says.

In the not too distant past, for example, Hess employees drove routes in territories across the state, regularly visiting well sites to verify they were operating well. Mostly, they would arrive at a site, find it fully operational and problem free and drive on to the next site.

Using exception-based surveillance gives Hess the opportunity to provide services just in time and to be significantly more proactive. Employees are alerted to and then focus on equipment that needs work — a system that is more efficient and which requires less road-time, is safer, more cost effective and more responsive to the needs of Hess operations.

“Our IT goal is to support an agile, efficient and smart business,” says Golodryga, who was named among the Top 50 Most Powerful Women in Oil and Gas by the Oil & Gas Diversity Council in 2014 and 2015. “We are agile because we work together with service providers so that commodity IT is taken care of as a service.  Then, we can focus on providing efficiency improvements such as exception-based surveillance and Lean techniques that lead to waste reduction and productivity improvements through automation and other activities.”

“Smart business is probably the most interesting one. That’s where big data and analytics come to play,” she says.

Golodryga sees a future where desktop and network expertise is commoditized and IT technologists are data scientists who combine their understanding of the business and its technology to drive improvements in such areas as data visualization and predictive analytics that pave the way for cognitive computing or artificial intelligence.

“This is where we have a huge opportunity to take IT and our business to the next level,” she says. “This is where we can use big data and cognitive and machine learning to reduce cycle time.

“We know in our business that the time from discovery to first oil in deep water is between 15 and 17 years. By applying cognitive technology and machine learning, we know we can make higher quality decisions faster on the basis of targeted data analysis of vast quantities of data which will significantly reduce overall cycle time at various points along the timeline.

“That is breakthrough change,” Golodryga says.

“Change can be both disruptive and transformative for an organization. It requires a different mindset — a belief that computers and data can advise you on what good looks like, no matter where in the world or in which basin you may be.”

Human skill and experience will always matter, she says. “But through technology we have an opportunity to improve all aspects of our business by using data and metrics that eliminate outliers and focus on possibilities.”

Hybrid Work Has Forever Changed The Need For It In Ramboll

How T-Mobile brought an Un-carrier approach to tech hiring

Great Expectations: Balancing the diverse needs of a city in a...

"Discovery and Delivery" - An Approach to IT Workload Balance