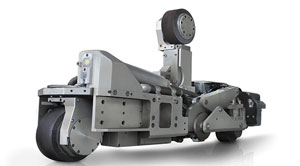 The technology helps gas utilities in repairing the joints prone to leakage by drilling deep into the joints and injects into these joints a sealant using traditional method. This is done mainly using the robot that enters into the gas main through the excavation and seals up to 1,500 feet – or three average city blocks – of gas main line.

The process is performed without much excavation and disturbance to the public. Not just this, it also benefits them with intact services without involving much costs. ULC’s advanced robotic system makes quiet work of critical repairs to National Grid’s gas distribution system.

What are the Roadblocks Impeding Product Management?

How Has Enterprise Web Applications Evolved Over the Years?

What Does the Future Hold for Product Management?